Just do it: is passing on wealth as obvious as it sounds? 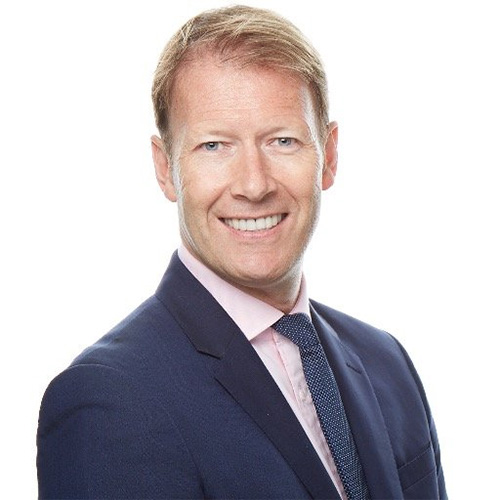 ‘We’ve got a phrase here, which is: “it is better to give with a warm hand than a cold one”’

There are only two certainties in life: death and taxes. Inheritance planning involves both, so why is it such an awkward subject?

People in the Western world are living longer. Although the rate at which the UK average life expectancy improves has slowed in recent years, it remains one of the highest among Western countries. In 2017, there were 1.35 million people aged 85 and over in England, half a million of whom were in their 90s.

This all means that more people who reach their retirement years might still have at least a couple of decades ahead of them and will be coming to terms with what this means for their personal finances. In a more complex world, where the cost of living is rising and young people struggle to get onto the property ladder, passing wealth onto the next generation seems like an obvious step for the elderly to take.

But research shows that there is still some reluctance among retirees to talk to their children about inheritance. While a significant majority have had this conversation or have responded when other family members have brought it up, a stubborn 7% of retirees in the UK intend to avoid talking about it at all, according to the research.

‘If they’ve got a lot of wealth, they don’t want to transfer it to someone too young too soon,’ said Dennis Hall, managing director at Yellow Financial Planning. A better idea is for a financial adviser to guide them by suggesting the use of small gifts or talking to their relatives about the value of money, according to Hall.

But he warns about falling into the technicalities of matters such as taxes, one of the most commonly discussed topics when it comes to inheritance.

‘Tax shouldn’t drive what we do too much. It is important, but if we focus on returns or tax, we create a very data-driven discussion, an objective endeavour as opposed to an emotional one. As a planner, we try to combine the two,’ Hall said.

Another common concern among retirees is transferring wealth to their married children, added Alan Smith, the chief executive of Capital Asset Management. The ‘bloodline protection’ might get in the way, Smith said, meaning that clients might be reluctant to pass wealth to their children for fear that some of it could fall into the hands of their child’s spouse in case of divorce.

That’s why Smith encourages clients to gift their children while they are still alive so they can plan more effectively and prevent unintentionally leaving an inheritance to someone else.

‘Historically, people pass [their wealth] to the next generation when they die,’ Smith said. ‘We’ve got a phrase here, which is: “it is better to give with a warm hand than a cold one”.’

‘If we are able to run the numbers and give the client clarity and confidence, they should just do it. Then you get into the tactical issues, and we need to be careful and avoid complexity in something like discretionary trusts.’

Many advisers have noted that increased pension freedoms have opened the door for wealth transfers. Tom Kean, director at Thames Financial Planning, is aware of this but said that some clients still clam up when it comes to discussing money.

‘Most people want to [pass on wealth]. They see pension and business relief as a way to do it. ‘Some people want to get involved. Some other people have limits in discussing it, especially those that are older, and especially when it comes to property,’ Kean said.

But there are some ways to improve the succession planning experience. Advisers say that the use of cashflow modelling is the most effective way of doing so. It helps contextualise expenditures and provides clarity on how much the client can pass on while still enjoying a comfortable retirement lifestyle.

‘Cashflow planning really helps. Before that, people were just guessing,’ Smith said. ‘Clear cashflow modelling will provide some clarity for clients and lets them see if they can afford gifts or afford the costs of healthcare.’

Katie and Pete are clients of BDB Financial and are planning to set up a trust to start gifting their children. They admitted they would not have had the confidence to do so were it not for their experience with their financial planning service.

‘As a couple, Pete is the one who is more of a worrier about the finances,’ Katie said.

‘I don’t want you to think I’m super rash, because I’m not, but it’s a worry for Pete and he has a tendency to just say, “we must keep it all”. Coming here and planning and seeing on these charts that we’re fine, that we can continue to spend at a level and it’s not going to run out, every time, it gives Pete renewed confidence to leave some hard-earned cash for his children, but also, a way to enjoy it himself.’

Despite the many success stories from advised clients, not everyone is inclined to ask for professional help when it comes to planning for retirement. Andrew Brook-Dobson, the managing director at BDB Financial, said those that ask for advice tend to do so for similar reasons as they would have done a decade ago. Now, though, there is an increased need to focus on planning.

‘One of the problems with the financial advice that’s out there is that there’s no context [around it],’ Brook-Dobson said.

‘On the whole, there’s no planning advice in the majority of the services. It’s about, “we hope you get the best return; we’ll help you save tax”, but for me, financial planning is the most important thing, because it provides that necessary context.’

In a similar vein, Smith, who has long advocated that fixed fees are a more transparent way to charge clients, said that passing on wealth is a good example of why charging a percentage would not work.

‘Every family situation is very unique, so working co-operatively is key. But it is difficult to charge a percentage fee [for transferring wealth]. That’s why a flat model is much more appropriate.

‘If I am telling you how to give money to your kid, I shouldn’t charge you a percentage.’