What happens next? The financial challenges after retirement 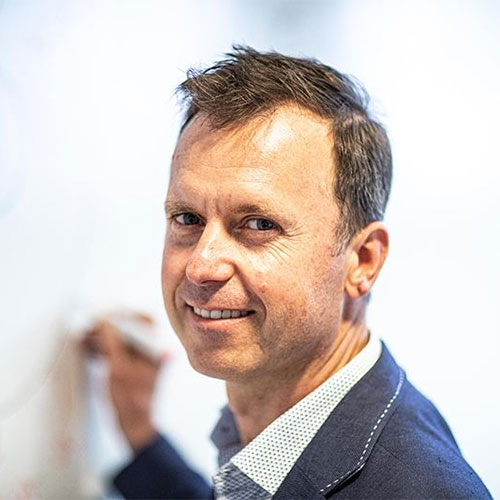 ‘We don’t like the term “retirement” because it conjures up this picture of somebody with a pipe and slippers driving a Volvo. Nobody aspires to that’

It’s not the money itself that’s important – it’s what you do with it that counts. That’s why these financial advisers suggest thinking about what you want out of life first when planning for retirement.

American author Stephen Covey wrote in his book, Seven Habits of Highly Effective People, that the very first habit that people should adopt is to ‘begin with the end in mind’. This slogan could certainly apply to financial planning too, especially when it comes to retirement.

But while we might have a glimpse of how we’d like to live our lives once we stop working, it is easy to slip into bad habits when it comes to managing our finances, as advisers often point out.

‘Far too often, people start with the money,’ says Andrew Brook-Dobson, managing director at BDB Financial, recalling Covey’s statement. ‘My top tip for people who are starting to explore the next stage of their life, retiring or going into being financially independent, is to think about the life you want to lead. Don’t just start with the money.’

Getting through retirement is not always straightforward, of course. Many people would usually leave talking about it until late in their lifetime and put off leaving conversations about pensions and lifestyle until an external event prompts it.

Tom Kean, director at Thameside Financial Planning, says changing jobs can be a catalyst to start a conversation about retirement, as well as other big life events. Switching jobs, in particular, can trigger a rethinking about one’s pension plans.

‘You might have another pension plan there, and you can’t leave them all over the place. You put it together on one platform and, while there are still some old occupational schemes around, they should be consolidating the process.’

But the advice of Dennis Hall, managing director at Yellowtail Financial Planning, is to start thinking about retirement as soon as possible instead. Hall helps clients in their early-to-mid 50s and notes that talking about money can take place in different phases of the retirement journey.

‘We try to get clients to understand what planning is’, says Hall. ‘Things change dramatically the moment that last paycheck comes in. Before then they had regular income to fall back on. But the moment that stops, they [start to] worry.’ As a way to improve his staff members’ quality of life, whether before or after retirement, Hall has started trialling a four-day working week at his advice firm to help employees concentrate on themselves, their life plans and families.

‘Some people are keen to retire or others might do nonexecutive work,’ says Hall. But in any case, he believes that people need to have ‘some purpose in life’, especially once children have left home, instead of their job becoming their sole purpose.

‘We, as a business, will start working four days a week to think about life outside work – to commit to something else,’ he adds. Budgeting, meanwhile, is an important habit for anyone, especially when it comes to saving for retirement. Advisers therefore urge clients to work out their spending habits to better understand how they can affect lifestyle choices in the future.

It is usually at this stage that cashflow modelling tools can help people start budgeting. Kean says such tools ‘help visualise things and where they could go wrong’. ‘When you build their model, you start that planning conversation. It is easy to talk about it when you have all of this in place,’ Kean says.

If technology can help with one side of budgeting, there are still secondary concerns retirees want reassurance on, Kean says. These include hot topics such as Brexit, fund performance and the cost of investing.

‘I inform them. On fees, Mifid II is revealing who the expensive fund providers are. [Clients] mostly know what they can afford, they are usually debt free, and they worry about their health.’ Overall, with the increase in life expectancy in the western world, the perception of retirement has changed considerably, and financial advice has followed in most cases. But Brook-Dobson also warns that retirees don’t need to play the longerlife card and only focus on how to improve their lifestyle now.

‘We don’t like the term “retirement”,’ Brook-Dobson says, ‘because “retirement” conjures up this picture of somebody with a pipe and slippers driving a Volvo. Nobody aspires to that. None of our clients, even in their 60s or 70s, are like that. You don’t retire from life.’

‘We’re seeing people in their mid-60s who are invigorated. They’re really healthy. We’ve helped them focus and realise that if they want to carry on living the way they want, they’ve got to sort their health out.